When I first purchased the Leyland it was impossible to start without using easy start, not ideal! However after some testing with a multimeter it turned out that all the glow plugs had failed open circuit, this should have been a simple job, but when I removed the plugs from the head I was greeted by this motley crew;

The tractor had been run with dead plugs for so long that carbon had built up solidly round the tips and caused them to break off when the body of the plugs were un-screwed, the only way to remove the stubs was going to be lifting the head… 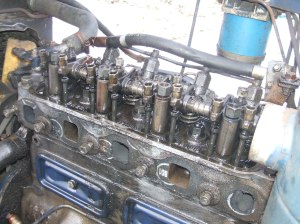 Once the head was on the bench the next challenge was to knock out the combustion chambers, eventually achieved using a specially curved rod inserted through the injector hole and hit with a hammer; 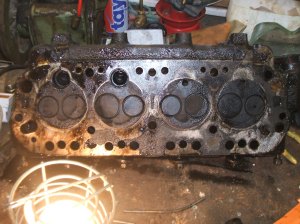 Once the stubs from the injector were punched out, the remaning carbon deposits were cleaned out using a 11/64 drill, and the head was de-coked and refitted with a new gasket.

Since then cold starting has not been a problem, no easy start required.

Got a question or wanna discuss something? Email us.